Rep. Moran & The Blighs, The Corrib Pub and Restaurant

Cities and towns all over the country have their neighborhood staples. From local diners to fancy restaurants, some of the most significant institutions in communities create opportunities for families, friends, and strangers to either gather around the table for a good meal or pull up a seat at the bar to share a drink. The Corrib Pub and Restaurant takes on this role for many members in our community. In the time that I have lived in Brighton, I have attended events like Christmas for the Troops, SPARK Boston’s Neighborhood Social, political fundraisers, to simpler routine things like birthday parties, holiday luncheons, and sometimes the unfortunate gatherings for those who have passed. The Corrib can play so many roles for our community and it is hard for anyone to walk away feeling dissatisfied. I knew the Corrib was special when my older brother, who is diagnosed on the Autism Spectrum, walked away saying how much he enjoyed his grilled cheese cut into fourths. 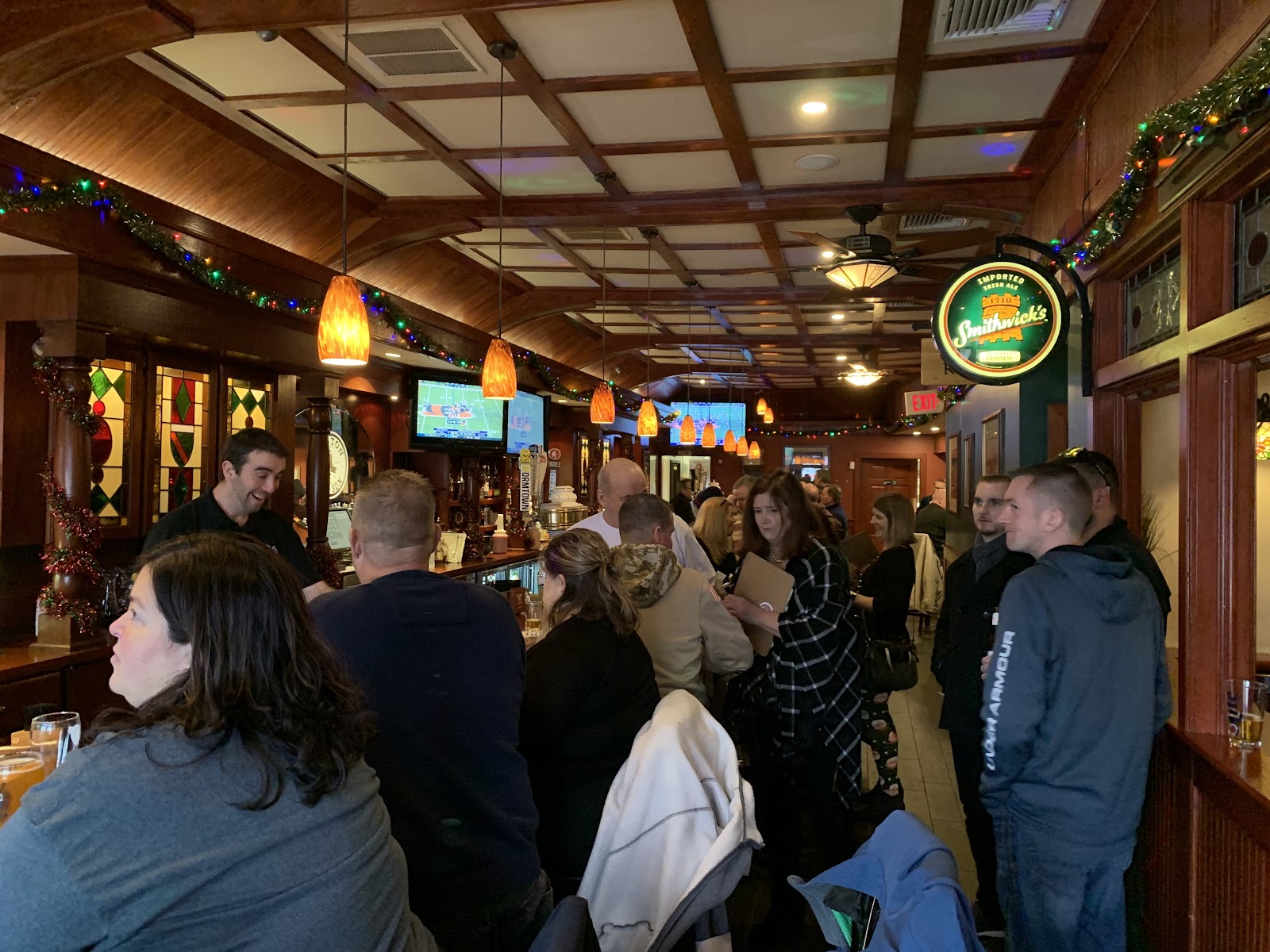 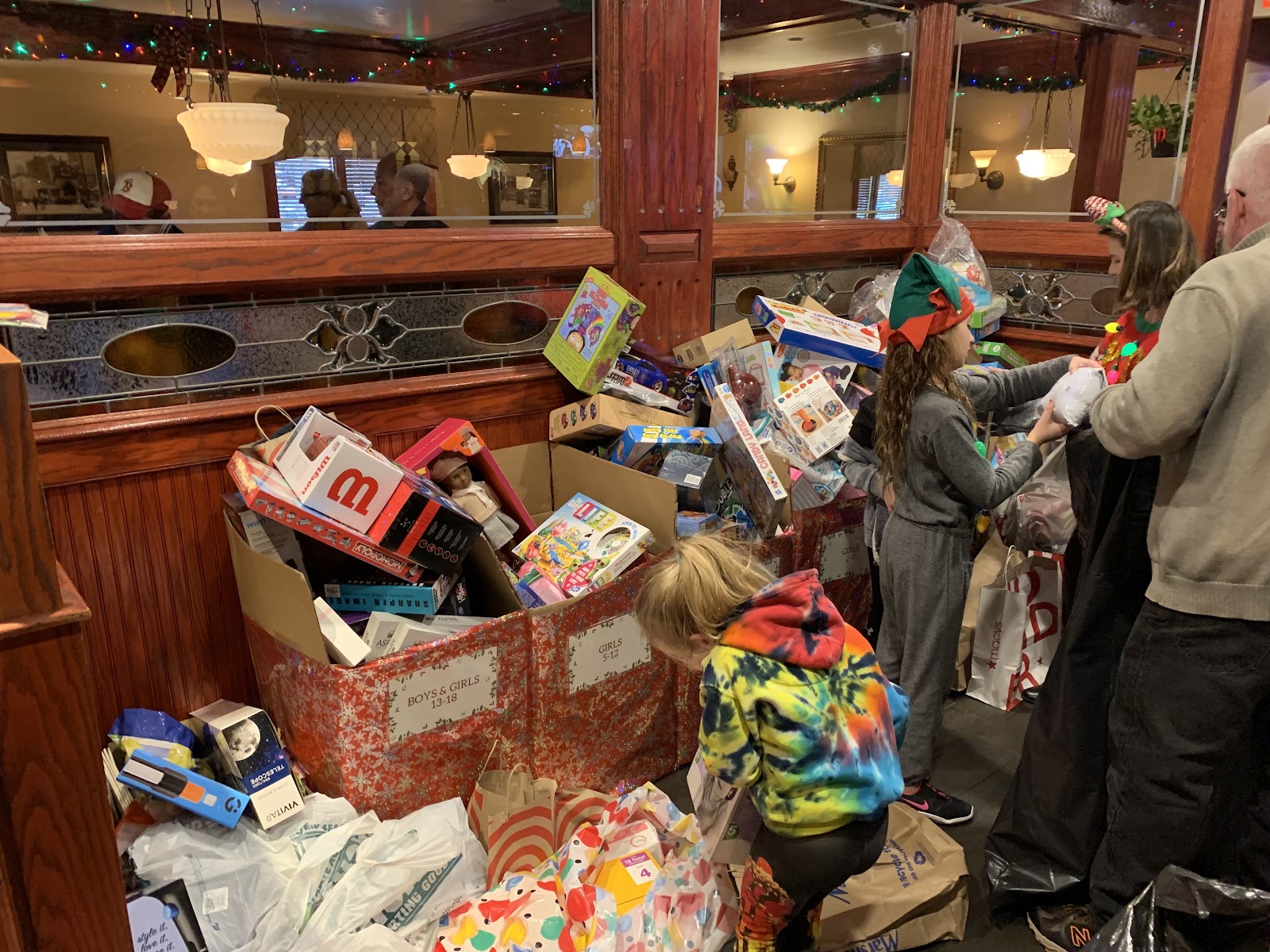 Pictured are members of the Brighton community catching the Patriots game during the Allston-Brighton Toy Drive. (That's a lot of toys!)

An annual tradition that has been happening for over 20 years is the Allston-Brighton Toy Drive. Now, the toy drive didn’t originate at the Corrib but has been happening here for the past four years. It all began when, prior to being elected to Beacon Hill, State Representative Mike Moran and a group of co-workers at a former bar, The Bus Stop, wanted to give back to those less fortunate in the Allston-Brighton community. They would gather the toys and several donations to then distribute them to the families in our community, making these contributions stay completely local. A neighbor supporting their neighbor. Once he was elected to office, Rep. Moran realized that the annual toy drive could become bigger and better, and invited the neighborhood civic associations to get involved. When I asked Rep. Moran about bringing this neighborhood tradition to the Corrib he responded by saying, “This event has really grown and evolved into a great opportunity for our community to gather and support neighbors. The toy drive started off at The Bus Stop, a former neighborhood staple. While the neighborhood has seen changes and businesses like The Bus Stop have closed, this is not necessarily a bad thing. It shows the growth that our neighborhood is experiencing and the investments coming to Allston-Brighton. A business like the Corrib that has overcome these obstacles, to become a community staple and hub for people to congregate, is a true testament that our community is invested in supporting businesses that brings people together of all backgrounds.” 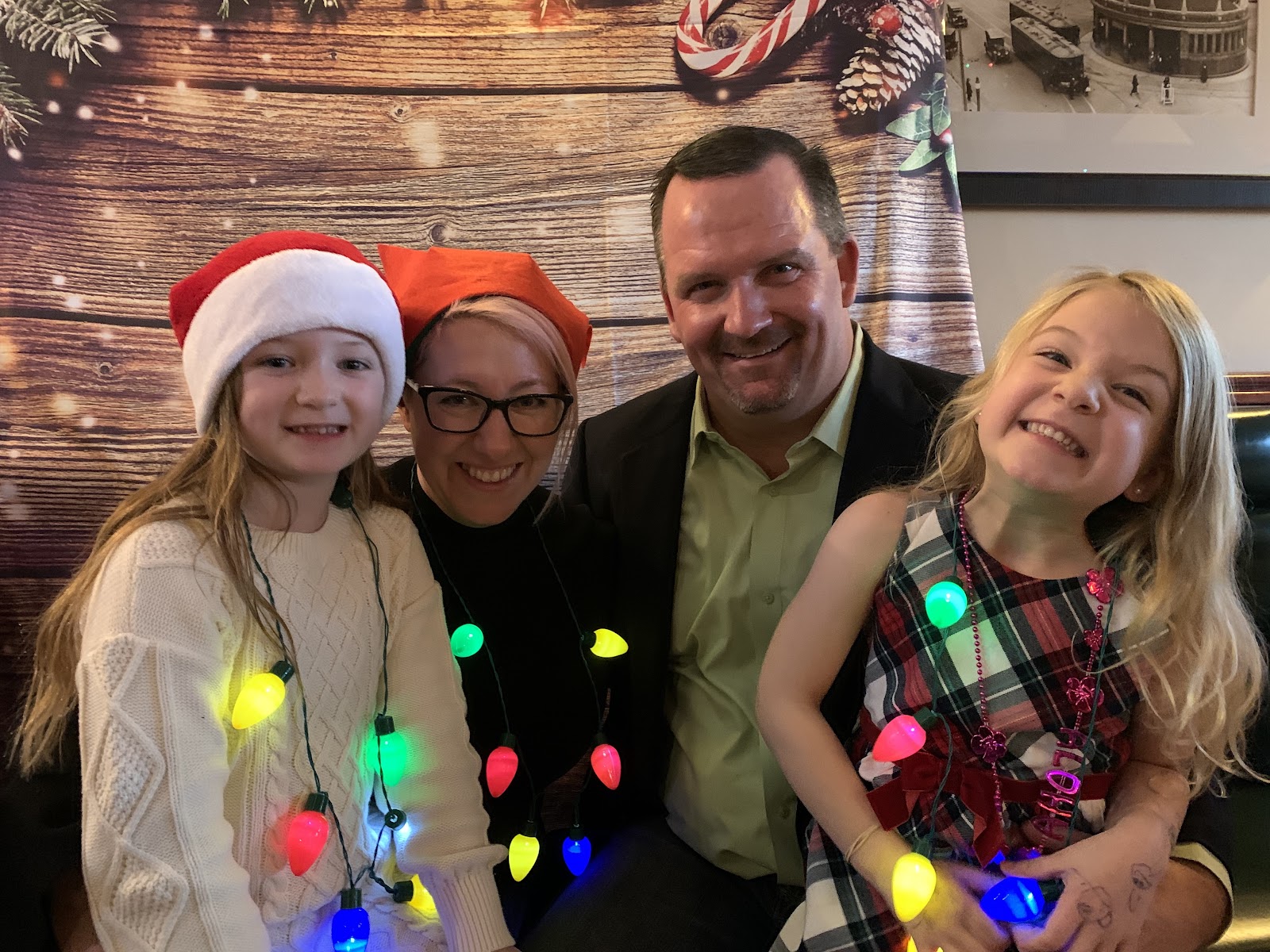 During the toy drive, Rep. Moran’s colleague Representative Kevin Honan said about the Corrib, “The Bligh Family are pillars to the Allston-Brighton community. I have attended dozens of events at the Corrib from Father’s Day Lunches to political fundraisers, and everything in between. The Corrib means so much too many people in our community and we are lucky to have a space like this that is operated by a local family.” I sat down with the Corrib owner, Hubert, amongst the chaos of the event to ask him about the reception his business has received in the community. “This was never expected and I didn’t know it was possible. Running this business has always been a job in progress and we worked hard to establish ourselves. Since we opened 50 years ago, we have always been willing to open up our space for the community and we have always wanted to support the community in return. We get to play a small part hosting events like our Christmas for the Troops and several others. It comes down to that in order to run a successful business, you need to be a part of the community.” The responsibility of running the business is a family affair, with his kids John, Dave, Robert and Kathleen all playing a role in the everyday workings of the business. Help Brighton Main Streets by considering the Power of Giving Ten.